Integra Resources (TSX-V: ITR) is exploring two gold projects in Idaho. We spoke with CEO George Salamis in detail about the potential of „Integra 2.0“, the mining history of Idaho and the challenging gold price.

Here you can find the German version of the interview and please read our Disclaimer below. Hier geht es zur deutschen Version des Interviews! 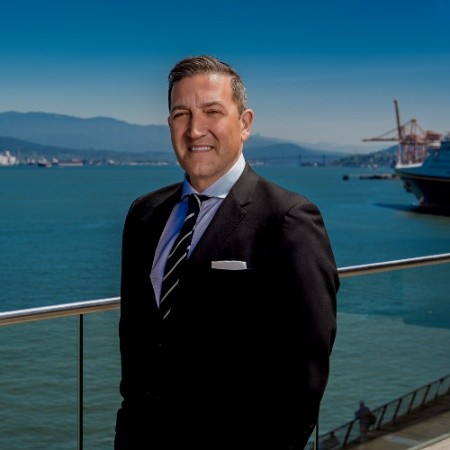 Integra Resources (TSX-V: ITR) acquired the DeLamar and the Florida Mountain gold projects in Idaho. The DeLamar Project already has a inferred mineral resource estimate with 3.54 million ounces AuEq at a grade of 0.71 g/t AuEq. Integra started at DeLamar the first drill program in 25 years. We spoke with CEO George Salamis in detail about the potential of „integra 2.0“, the mining history of Idaho and the challenging gold price.

Rohstoffbrief.com: Integra Resources is exploring and developing two projects in Idaho, DeLamar and Florida Mountain. Can you tell us something about the conditions for miners in the state? Idaho has increasingly become more popular with investors and mining companies alike recently.

George Salamis: Idaho has a rich mining history dating back to the late 1800s. In fact, during the Silver City, Idaho gold rush during the 1860s to 1890s, DeLamar was one of the highest-grade gold mines in the Western, United States. The old timers were mining 15 g/t to 30 g/t.
Today, Idaho continues to rank as a top 5 destination for mining companies in the United States. Last year, Integra, along with other Idaho based mining and exploration companies, started the Idaho Mining Coalition. The Coalition’s mission is to educate the investment community on Idaho mining policy and the support that exists in the state for increased mining activities. In April, Integra had the opportunity to travel and market the Company with Idaho Governor C.L. “Butch” Otter to Toronto and New York. The governor actually has a mining background himself, so he understands the business. The message from the Governor was clear, “Idaho is open for business.” It was the first time in my 30 year career I marketed with a high-level government official whose sole intention was pushing the mining agenda in his state. 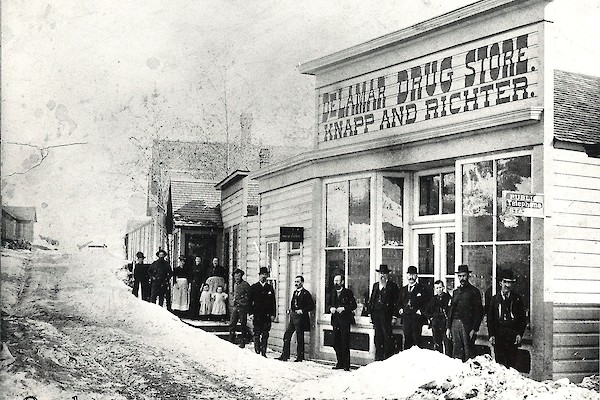 Rohstoffbrief.com: The DeLamar project has a history of over 100 years of open pit and underground mining. May you tell us a little bit about its background?

George Salamis: Part of what attracted us to DeLamar was the history. As you may recall, the project Integra 1.0 (Integra Gold Corp) sold in July 2017 for $590 M had nearly 100 years of exploration and mining history. Buried within those records was a treasure trove of data that helped us identify new exploration targets, refine economics, etc.
The history of DeLamar has two parts: historic and modern. Gold was first discovered in Jordan Creek, adjacent to the DeLamar Project, in 1863. This discovery set off an Idaho gold rush. Prospectors and miners flocked to nearby Silver City, pushing the population to 2,500 people and 12 ore-processing mills. The historic miners focused on high-grade, often mining gold at 15 g/t to 30 g/t or more. Miners would locate high-grade veins and follow them for as long as they could. At one point, adits stretched more than 1 km under Florida Mountain from the valley floor.

The bloody gold war of Idaho

The ore was so rich in this district that in 1868 a war broke out 100 meters underground amongst rival gold miners. More than 100 men battled for control of their veins, adits and underground camps. When the smoke finally cleared, countless gold miners had been killed and one support timber had been struck by 2,000 bullets. To them, the ore was so rich that it was literally worth dying for.
In the 1910s, following the collapse of the gold price and financing out of California, mining in the area slowed. It wasn’t until the 1960s that the district began to undergo exploration for near surface, bulk mineable gold-silver deposits.
In 1977, Earth Resources Corporation began open pit mining at DeLamar. The project changed hands through joint ventures and acquisitions until Kinross Gold took over as operator. Kinross operated both DeLamar and nearby Florida Mountain as an open pit, conventional milling operation. In 1998, when gold dropped below $300, Kinross stopped mining and placed the operation on care-and-maintenance. The operation was shut down due to record low precious metals prices, not at all bucause exhausted resources and reserves – they left behind lots of resource in the ground as demonstrated by our recent resource estimates.
In 2003, Kinross commenced reclamation at DeLamar. The project was maintained by Kinross’ reclamation group until its sale to Integra Resources in 2017. Max Baker, Integra’s VP Exploration, actually prepared the sales document on DeLamar for Kinross. He was really impressed with the existing resource at DeLamar and Florida Mountain (3.5 mm ounces AuEq) and the potential for adding significant ounces below and adjacent to the project. Serendipitously, Max brought the project to me just as Integra Gold was in the process of selling Lamaque to Eldorado Gold. The rest, as they say, is history. 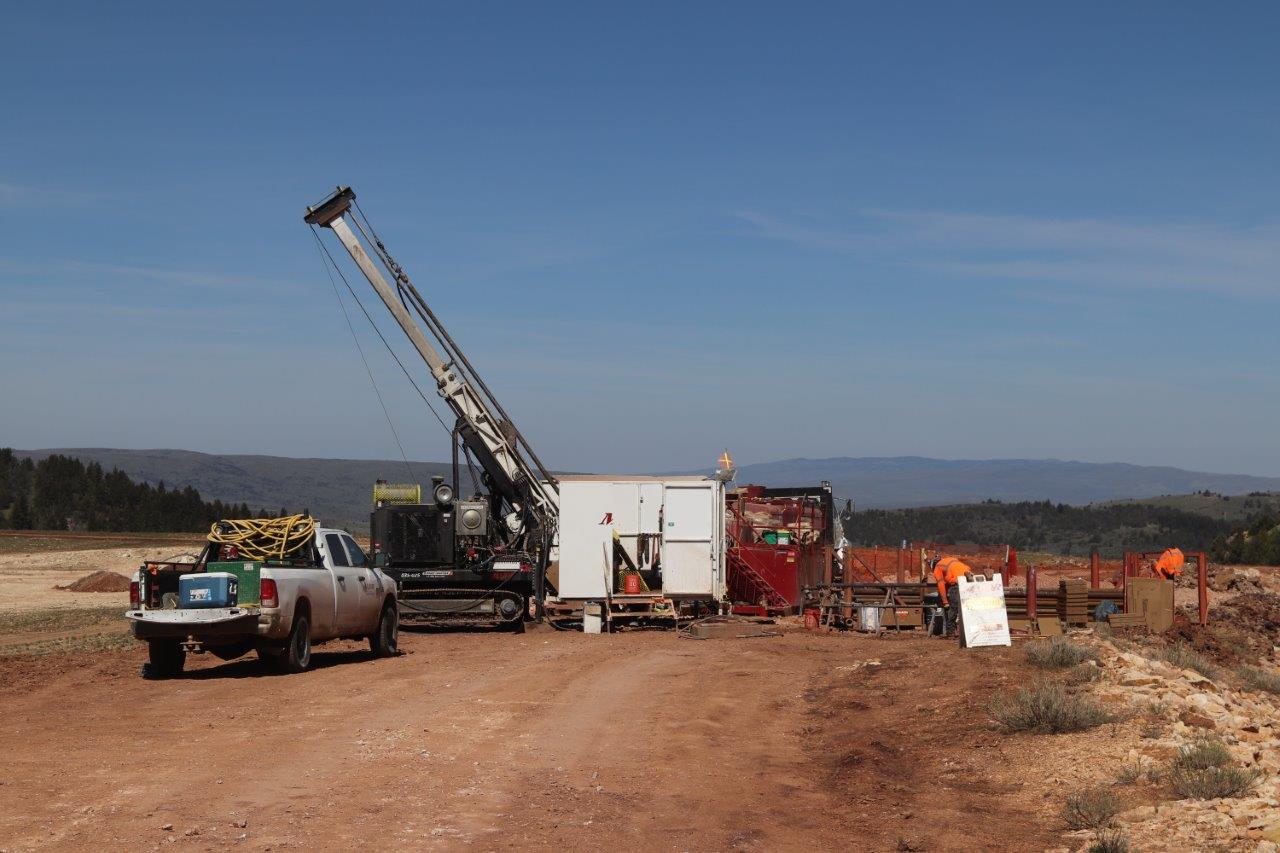 Rohstoffbrief.com: You already published an impressive set of drill results. When will we see additional drill results and what will be the next steps for DeLamar?

George Salamis: Drilling has been underway at the project since Q1. The Company is very excited by the drilling at Sullivan Gulch. This area was not historically mined by previous operators, and the first two fences of drill results, which returned 100-200 m of 1-2 g/t AuEq, has the potential to significantly increase the resource estimate in the area. These fences were 100 meters apart in the southeast direction. We are continuing to step out from these drill intercepts to test the extension of this zone. IP at Sullivan Gulch has already extended the potential strike extension to the southeast by at least 600 meters.
In addition to the success at Sullivan, we’ve begun exploring some nearby high-grade targets on the property – the Henrietta and Milestone target. These new targets have the characteristics for high-grade potential, and we are excited to sink a few drill holes into them. 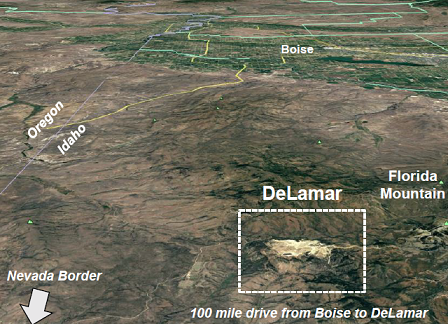 Rohstoffbrief.com: Just a few miles north of DeLamar you are also exploring the Florida Mountain gold project. Integra handles these two projects as it were one. What are the advantages?

Rohstoffbrief.com: You already have a resource for both projects of about 3.543 million ounces AuEq. When will we see an update of the resource report and what are your strategic goals? Sell, as you did before with Integra Gold, or bring it into production?

George Salamis: The 20,000 meter drill program for this year should wrap up in October/November. This drilling will go into an updated resource estimate in Q1 2019. The focus drilling this year was two-fold: 1) confirm the existing resources and potentially upgrade some of it from Inferred to M&I category and 2) increase the overall resource on the project. Our expectation is that the drilling at Sullivan Gulch alone should go a long way in increasing the overall resource estimate at DeLamar.
The drilling and then the resource update will pave the way for a Preliminary Economic Assessment (PEA) in H2 2019. This PEA will be enhanced by the metallurgical testwork underway at the project. DeLamar and Florida Mountain were processed historically through a mill; however, extensive tests were done on heap leaching at the project The metallurgical testing completed on site suggests that the near surface, low-grade resource is potentially amenable to heap leaching. The testwork we just initiated is to confirm that hypothesis and further test material from both deposits.
The met testing will turn the PEA into an option study on the project. It will provide a scope for potential multiple paths forward – leaching, milling, a combination of both, etc. – and help chart the course moving forward. Integra’s vision is to advance the project aggressively and continue to de-risk it as we contemplate a future production scenario. It was the same path we took at Integra 1.0 and we believe it is the best way to advance projects.

Rohstoffbrief.com: Gold has lost some of its value this year. The gold price fell below 1,200 Dollar in recent weeks. Especially the traders and speculative investors continue to bet on falling prices. As a geologist and a CEO of a mining company: What do you think about the current situation?

George Salamis: I think as an industry we are guilty of focusing too much energy and time on things we can’t control. In this case, the price of gold. I’ve always felt that my time was better spent on the things we can control: costs, economics, resource expansions, thinking outside the box on new exploration ideas and development scenarios – this is our “stock-in-trade” , daring to do things that others haven’t tried, be it at the end of the drill bit or using new technologies to find more gold and silver etc. Mining is a business and so we need to operate like a business. As a junior, we aren’t driven by margins because they don’t exist for us yet. Instead, we are focused on efficient spend of capital, value creation and investor returns. The best way for us to deal with a tough gold price is to find more gold in safe jurisdictions with established infrastructure. That is why we love Idaho and North America.

(Please read our Disclaimer below)

The original interview was translated into German. Our German disclaimer is binding.